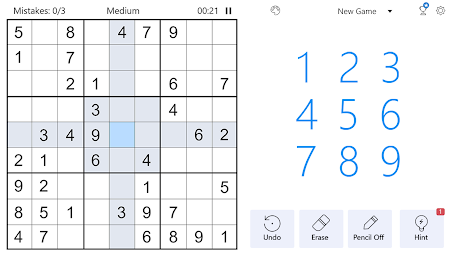 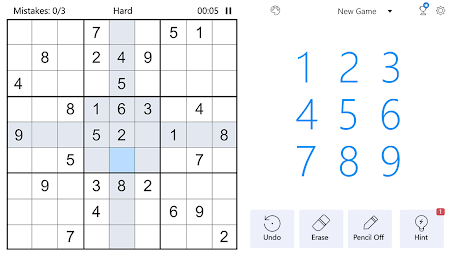 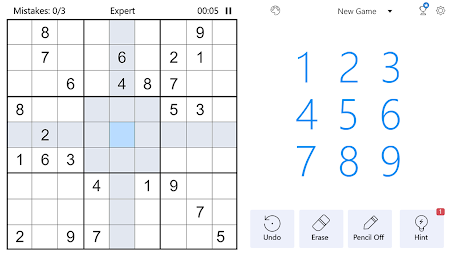 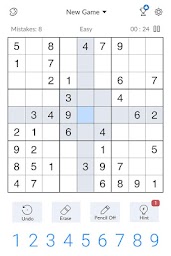 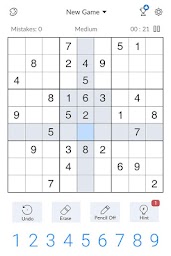 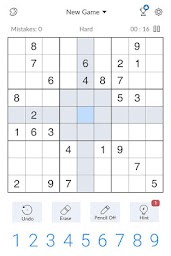 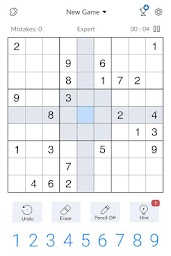 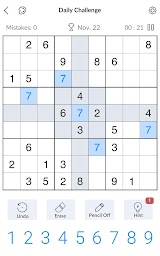 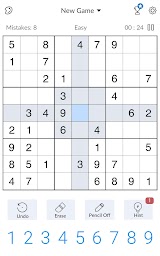 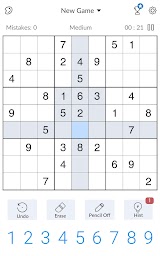 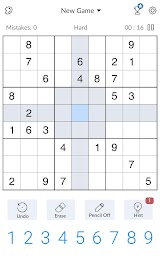 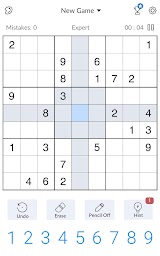 Sudoku Puzzle Game is a welcomed and addictive Brain Sudoku puzzle game on Google Play. You can download the Sudoku app for your Android phone and tablet. You get 5000+ challenging Sudoku puzzles everyday to train your brain, and we add 100 sudoku puzzles every week. Brain Sudoku for beginners and advanced players! Each Sudoku has only one true solution. Classic Sudoku the puzzle game for your brain, logical thinking, memory, and A GOOD TIME KILLER!

Classic Sudoku is a logic-based number puzzle game and the goal is to place 1 to 9 digit numbers into each grid cell so that each number can only appear once in each row, each column and each mini-grid. Also known as .With our Sudoku puzzle app, you can not only enjoy sudoku games anytime anywhere, but also learn Sudoku techniques from it.

Key Features
✓Sudoku puzzles come in 4 difficulty levels – easy Sudoku, medium Sudoku, hard Sudoku and expert Sudoku! Perfect for Sudoku beginners and advanced players!
✓Daily Challenges – Complete Daily Challenges and collect trophies.
✓Pencil Mode – Turn on / turn off pencil mode as you like.
✓Highlight Duplicates – to avoid repeating numbers in a row, column and block.
✓Intelligent Hints – guide you through the numbers when you get stuck
✓Themes – Choose the theme that makes it easier for your eyes.
✓Long press to fill quickly

On this Brain Sudoku app, you are also able to
✓Turn on/ off sound effects
✓Turn on/ off Highlight identical numbers
✓Auto remove notes from all columns, rows and blocks once the number is placed
✓Unlimited undo & redo
✓Auto-save – Pause the game and resume the game without losing any progress
✓Sudoku online & Sudoku offline

You may also find the following Brain Sudoku features useful
✓You can share with your friends via Google+, Facebook, Twitter etc..
✓Use dark mode to protect your eyes
✓Turn on/ turn off timer when you play the sudoku puzzle
✓100 sudoku puzzles every week.
✓Fun types of Sudoku puzzles, like Killer sudoku, letter Sudoku, will be available.
✓Good gameplay
✓Intuitive interface
✓Easy tools, easy control
✓Clear layout

Our Sudoku puzzle app has an intuitive interface, easy control, clear layout and well balanced difficulty levels for beginners and advanced players. It’s not only a good time killer but also helps you think, makes you more logical and has a good memory.

When you first open our Sudoku app, you see a guide tour teaching you how to play Sudoku and when you open the puzzle game app for the 100th time, you can see yourself as a Sudoku master and a good Sudoku solver. You’d be able to play any web sudoku fast. Come to our Kingdom of Sudoku and keep your mind sharp.

This is the soduku app for soduko lovers. If you like to play soduku game, you should download the sodoku game app. We offer 4 difficulty levels. We add 100 suduko puzzles every week. Download now and play sudoko everyday.

If you have any idea for our Sudoku puzzle game app, or if you have any question about Sudoku and you want to discuss it with us, please send us emails at [email protected] We are always here for you.

Note: Before installing Sudoku - Classic Sudoku Puzzle APK Mod, you need to uninstall the original version or another MOD version.